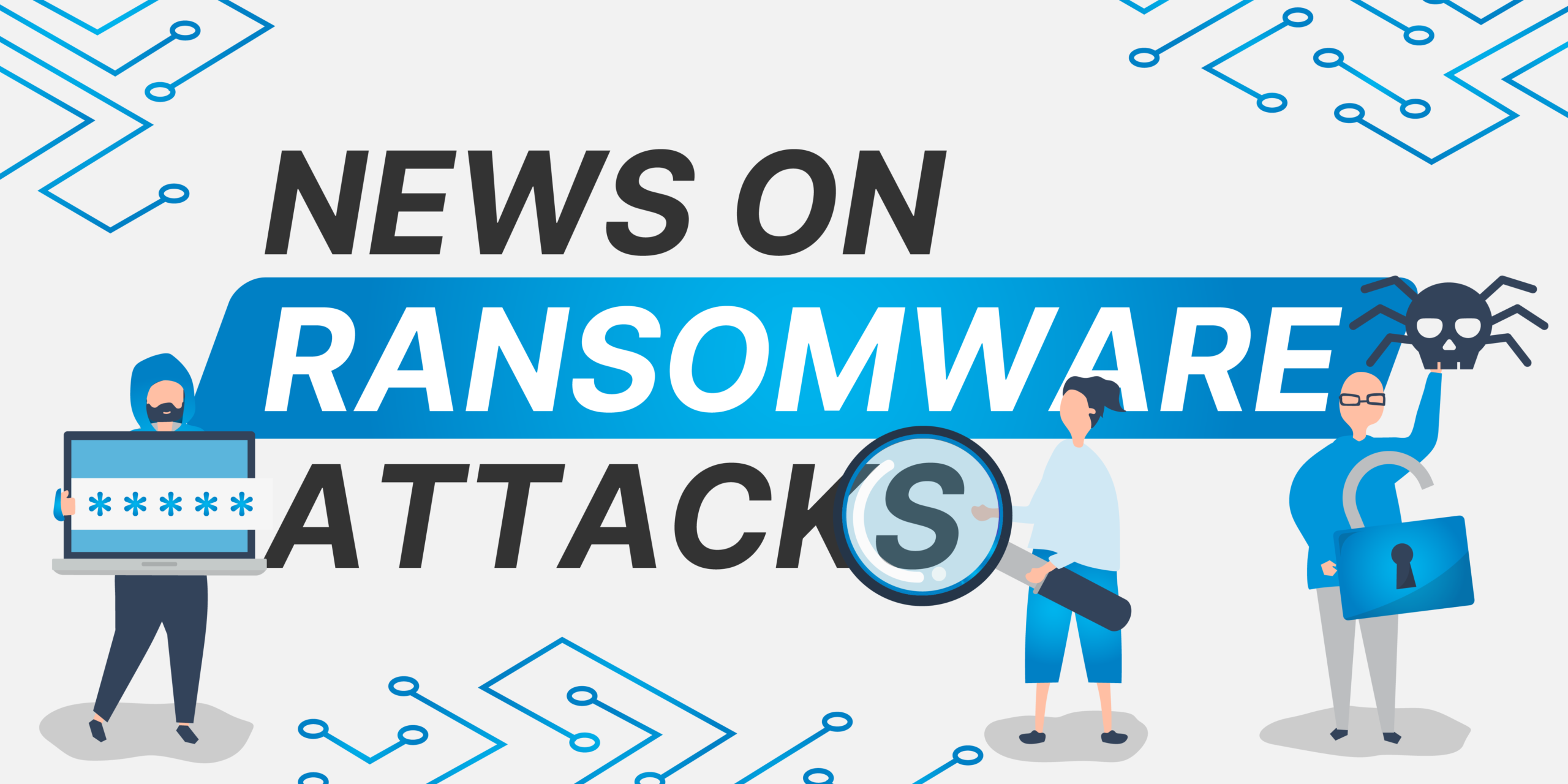 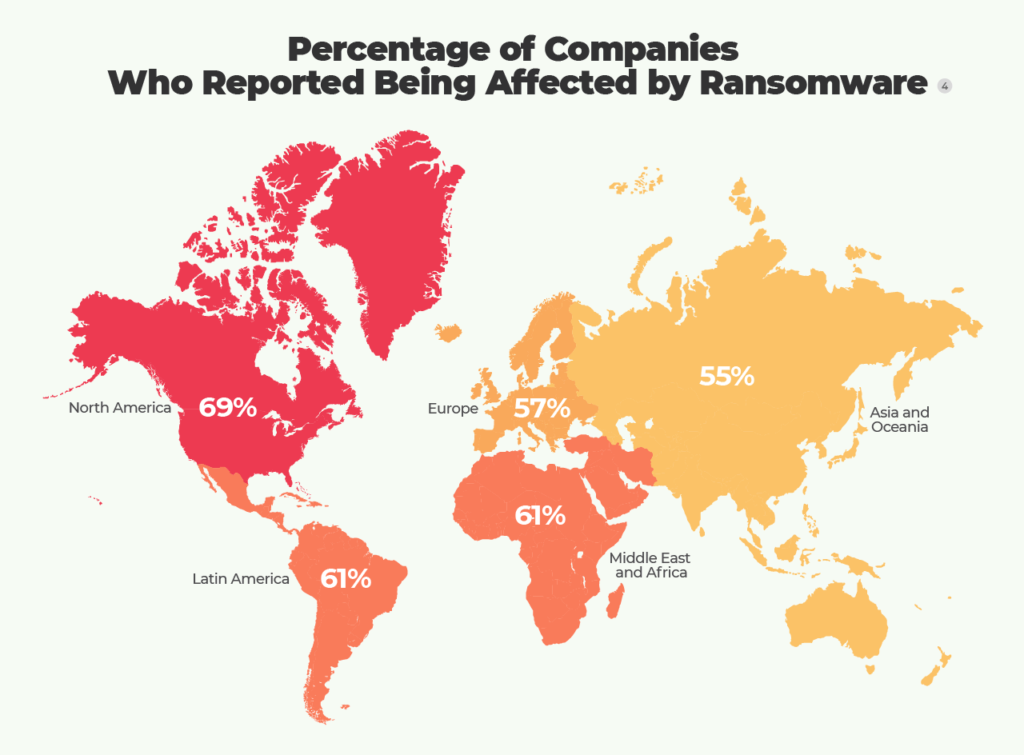 The cybersecurity industry is in crisis where phishing attacks have increased by 350 percent during the COVID-19 pandemic. Online scams are out of control and tech companies have lost the public’s trust over privacy concerns. Now, cybersecurity company Lumu reports that ransomware attacks have also increased significantly in 2020.

Lumu’s collected data shows that the global cost of ransomware attacks has risen to $20 billion in 2020 from $11.5 billion just the year before. The average cost of one of these attacks has reached $4.44 million, which is higher than the cost of a data breach or hack.

Over the last year, 15.4 percent of North American local, state, and federal governments also reported having suffered from a ransomware attack, the highest of any other category. Businesses most targeted include manufacturing (13.9), construction (13.2), utilities (11.1), service (10.4), retail (7.4), real estate (7.1), and hospitality (6.1). Surprisingly, healthcare (5.7), education (5.0), and financial (4.6) were among the least frequently targeted industries.

The most popular ransomware programs used to target victims were CryptoLocker at 66 percent, WannaCry at 49 percent, and CryptoWall at 34 percent. Overall, 36 percent of attacked companies actually paid the ransom, which we strongly advise against. Not only can it now violate US sanctions, but it might be for nothing: Out of those that paid the ransom, 17 percent reported that they never got their data back.

IT adviser Gartner says that 90 percent of ransomware attacks are preventable, though 28 percent of small and mid-size businesses are currently unprepared. So what can you do? It may be time for you—and your business—to invest in good ransomware protection software. 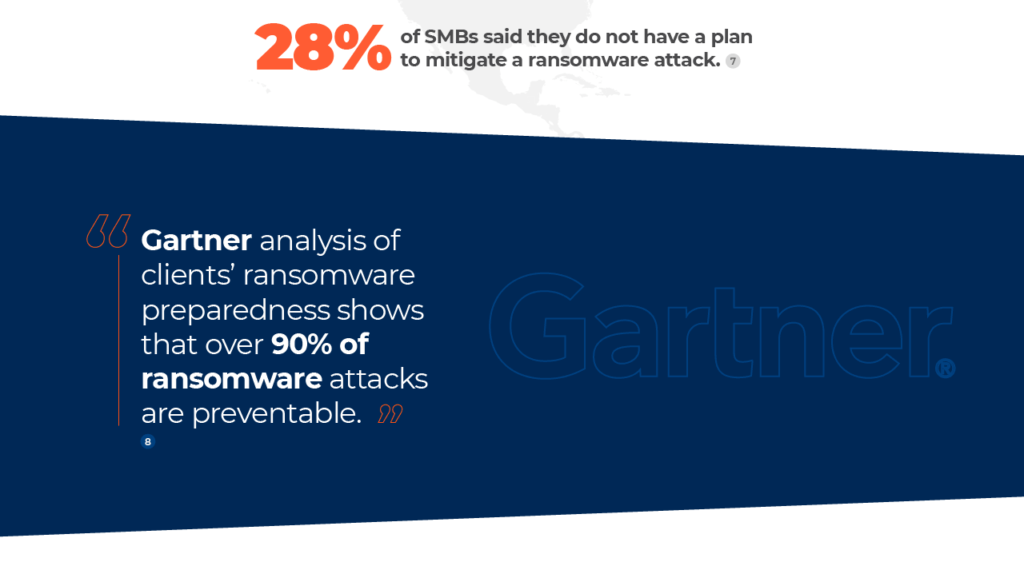 Your Call to action

How should I prevent ransomware?

Veeam backup products are known for being simple, flexible and reliable — attributes that are key to your resiliency efforts. When it comes to a ransomware incident, resiliency is completely predicated on how you implement your Veeam backup infrastructure solution, the behavior of the threat and the course you take in remediating the threat.

Ransomware is no longer a mythical threat, but a controlled risk! Contact us to know more about Veeam software and Veeam training.